When I was a teenager, I had some really unrealistic expectations of what a “real man” should be like.

Maybe it was because I was a stereotypical “good girl,” and I believed people when they said that “opposites attract.” Maybe it was because all I knew about romance, I learned from fantasy books, John Hughes movies and Buffy the Vampire Slayer episodes. But whatever the cause, in my mind, I was saving myself for the baddest of bad boys.

Exhibit A: the Cocky/Popular Bad Boy

While I waited to meet my own real life baddie, I idolized Heathcliff and his brooding ways. I pined after emotionally unavailable and damaged heroes like Aragorn and Victor Frankenstein. I was squarely in the “Team Spike” camp. I dreamed of Dracula as often as most girls drooled over Justin Timberlake.

Sadly, my dark prince never came. And of course, I was far too naive and sheltered to actually grow a pair and seek out one of these elusive specimens. Which in retrospect was probably for the best. (The phrase “lamb to the slaughter” comes to mind.) 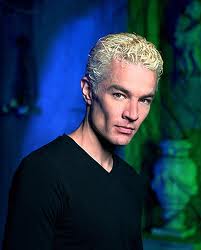 Exhibit B: the Actually Kind of Evil Bad Boy

But then I grew up. I left the nest. I went to college. I actually started dating human beings (as opposed to fictional characters.) I even dated a few bad boys, including one that looked uncomfortably a lot like Spike. (Except, imagine if Spike had a number of frightening addictions, no accent and still lived at his mom’s house. Bad on SOOOO many levels.) And I realized that, while a guy’s badness might SEEM sexy, it’s really just the thrill of uncertainty–even fear–that keeps us from realizing what our instincts have been screaming at us: that something is fundamentally wrong with this person. That falling in love with this guy could be dangerous. Emotionally, physically, financially, even sometimes criminally…wrong. 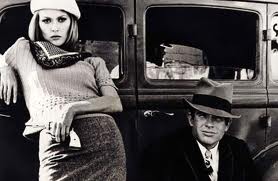 After a few years of riding the roller-coaster of cheap relationship thrills, I took a look back. And I realized that the best relationships I’d ever had, the ones that stuck with me, that truly influenced the person I’d become… were my supposedly platonic friendships. Friendships with guys like this:

Exhibit E: The Guy Who You Think is Way Too Short for You But is Otherwise TOTALLY Perfect 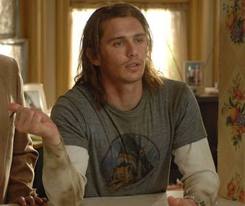 Exhibit G: The Lovable Stoner (I grew up in Oregon, remember?)

And finally, I met and married this one: 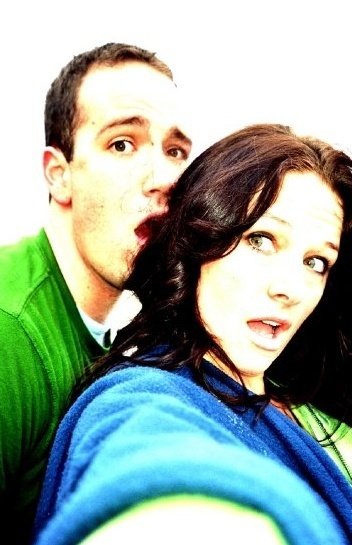 And from that day forth, I decided that I was going to write stories that make you want to fall in love with the GOOD boys. The sexy nerds. The honorable mama’s boys. The scholastic hotties. The underdogs. The great guy who was heretofore condemned to life on the friend track. The kind of guys who sacrifice themselves for others. Who break the rules, yes, but only when it’s necessary to save someone they love. The promise keepers. The humane society volunteers. 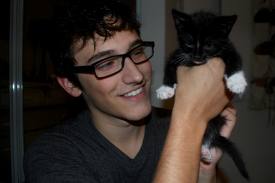 Seriously, I can’t wait to share my sweet and salty heroes with all of you. Especially the skeptics. The girls who, like the old me, sincerely believe that there’s nothing better than a redeemable bad boy. I look forward to converting you most of all.

DISCLAIMER: I don’t own any of these pictures. Except the one of me and my spouse, of course. All other rights reserved by their original owners.